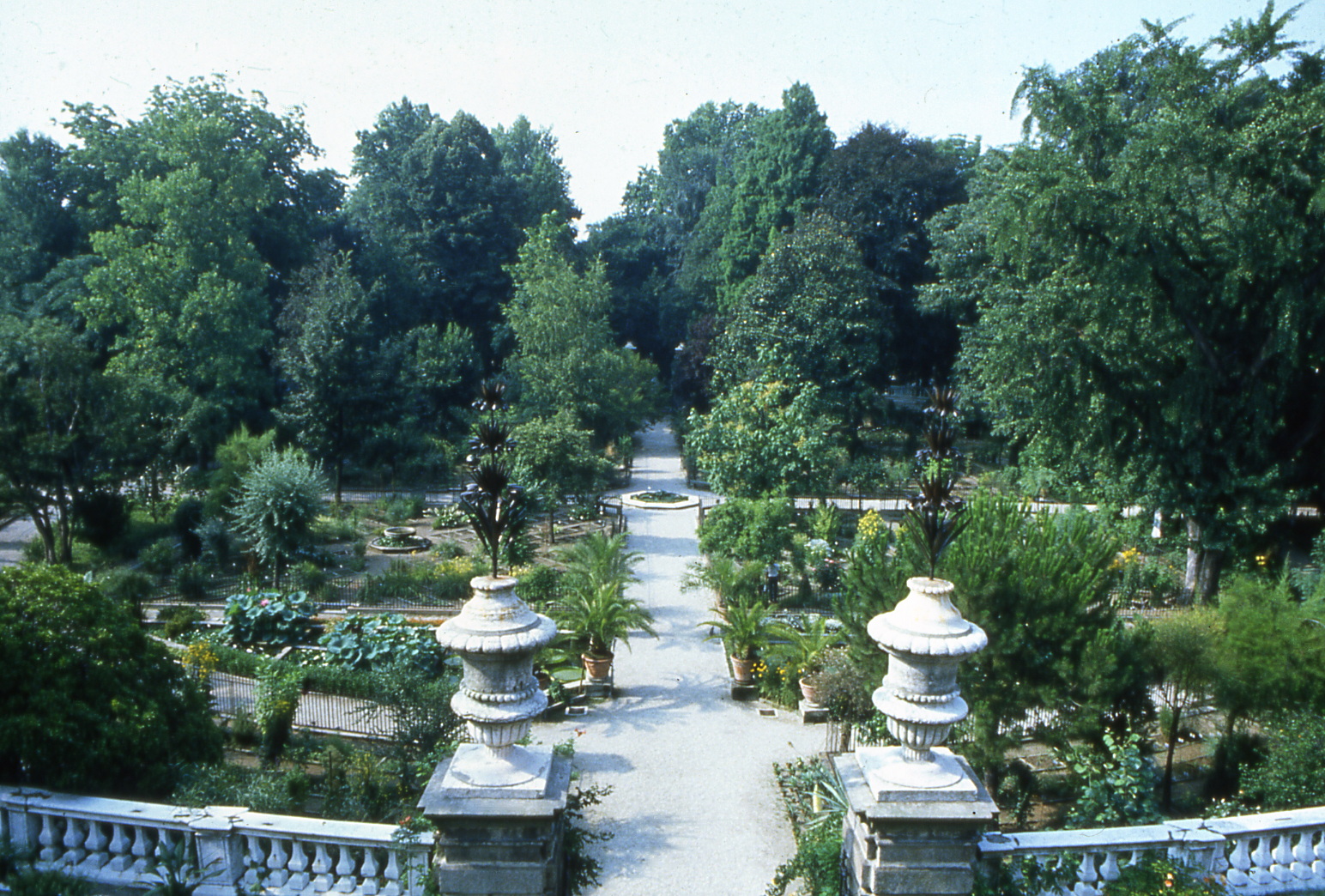 The Botanic Garden of Padua dates back to 1545 and is regarded as the most ancient university garden in the world. Since its foundation, it was devoted to the growth of medicinal plants, since they made up the majority of the "simples", i.e. the remedies directly obtained from nature without any further concoction: for this reason it was named "Hortus Simplicium". In 1997 the Botanical Garden of Padua has been included in the World Heritage List of UNESCO.
The garden is a circle with an inscribed square which is in turn divided into four smaller squares by two paths aligned with the four cardinal points of the compass. At present, the oldest plant in the garden is a specimen of Chamaerops humilis var. arborescens planted in 1585. It is commonly known as the "Goethe palm". Other important trees are: a ginkgo (Ginkgo biloba) and a magnolia (Magnolia grandiflora) which date back to about the mid-1700s; a tall plan tree (Platanus orientalis) planted in 1680 and its huge trunk was struck by lightning and is now hollow; some swamp cypresses (Taxodium distichum) from Florida
and a specimen of Metasequoia glyptostroboides planted in 1961. In the Botanic Garden plants are also grouped to form some collections on the basis of their characteristics: insectivorous plants, medicinal and poisonous plants, mediterranean maquis, alpine rock garden, orchids, succulents, hydrophytes, native plants from the Euganean Hills and rare plants from NE-Italy.